We take a look at these two types of sports using a kite to catch the wind and use it as fuel – yes, using it as fuel to move along the ground or on the surface of the water at quite a decent speed.

So let’s have a look and find out what the experts mean when they use these two words for the same thing.

Kitesurfing is mainly used to refer to the sport of using a kite to make use of the wind to propel a person forward. This is happening while the person is standing on a surfboard and holds onto the kite, pulling the person and the board.

That is why it is called kitesurfing because the person on the board will use surfing techniques to engage in wave riding. In this discipline, the surfer uses a standard surfboard specifically designed to be used for this purpose and is called a directional board.

It is not easy to become an intermediate kitesurfer, and it might be easier to start on a twin tip board than with a directional board. Depending on how often you practice, it will take you anything from three months, up to a year to become proficient in the sport.

Kitesurfing is the word that is used by most kitesurfers and kitesurfing schools in the United Kingdom and other northern countries. This sport is gaining a lot of support in the last few years and might become an Olympic sport in the near future.

In the USA and other southern countries such as South Africa and Australia, kitesurfing is called kiteboarding. So instead of referring to the action and where it is done, they name the sport, preferably after the instrument it is practiced with.

When the people of the south talk about kiteboarding, they are referring to the kitesurfing of the north. But that is not where the similarities end. Read further to see how different locations will mean the same thing with different words.

When you are in the northern parts of the world and talk about kiteboarding, it will simply mean the dry variety of kitesurfing. This is where you are standing on a skateboard while holding onto a kite that is pulling you along in the wind.

This version of the sport is practiced on the beach by many people who also perform kitesurfing on the water. A foil kite is used with the dry version instead of the stronger, more durable ones used with kitesurfing.

That is simply because the surfer or skateboarder does not worry about the kite falling into the water and getting damaged.

Kiteboarding done on a skateboard on dry land mostly uses a ram kite made of foil. To direct a downward pull by skateboarders is not easy, so they need a kite that will more effectively pull them to the sides.

A foil kite is also a high aspect kite, so it is much easier to use to fly on the wind’s edge. Because these kites are much lighter, there is also less likelihood of them falling to the ground and becoming damaged like kitesurfing kites.

That is the northern version of the word kiteboarding, and as you can see, it means something different from the southern version. Kiteboarding is also done on a variety of skateboards with different wheel configurations and sizes.

It is also practiced on parts of beaches that provide a lot of space for kiteboarders as well as other beachgoers.

In the USA and other southern parts of the world, the word kiteboarding will refer to the kitesurfing sport on the water. Some people say that kitesurfing is a form of kiteboarding that is, as mentioned before, specific to wave riding on a surfboard.

While kiteboarding is more used in a broader context, it is also a term used for a large variety of sports. These varieties include surfing as well as wakeboarding, paragliding, and windsurfing, making kiteboarding a combination of different aspects.

Also, kiteboarding is referred to as using a twin tip board that is quite similar to wakeboarding, where you can ride with either tip facing forward. This means you are performing kitesurfing with the very easy to use twin tip board as the surfboard.

Kitesurfing vs Kiteboarding: What is the Difference?

The difference is simply that in the southern part of the world, kitesurfing is the term used for wave riding on top of a board. On the other hand, kiteboarding is the term for a very extreme sport that combines aspects of different water sport disciplines.

In the northern parts of the world, kitesurfing refers to the water sport, and kiteboarding refers to the dry version of the sport. In both cases, a kite is used to propel the surfer or boarder at mind-boggling speeds by using the wind.

You will find that many use the term kitesurfing for both disciplines of the kite sport, and in Wikipedia, it is referred to as the same thing.

As you can see, there are some technical differences between kitesurfing and kiteboarding, and your location may determine what this means. But whether it is a skateboard or a surfboard, they both are driven by the wind and the kite to propel them.

Hopefully, this explains the difference and similarities between kitesurfing and kiteboarding, wherever you are located. 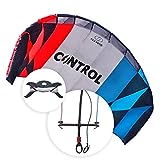