Non-kitesurfers are often debating about how hazardous kitesurfing is, and all of the hazards and risks that kitesurfers expose themselves to.

Until you actually get yourself a kite and get out there on the water, it’s easy to psych yourself out by picturing hundreds of life-and-death situations that you can be in when practicing the sport.

We’re going to take a look at some of the real risks that you may encounter while kitesurfing out on the water and how you can reduce your likelihood of injury. Read on for more information.

Hazards Caused by the Kitesurfer

Most of the time, many kitesurfers put themselves in hazardous situations because of their own errors.

Losing Control of the Kite

This is relatively common amongst newer kiters. Sometimes, you bring out a kite that is too big for the current wind speed, and the wind blows you out of control.

In the worst-case scenario, you will be pulled out to sea or into some kind of obstacle, like a rock or even a boat, for instance. The best way to avoid this is to talk to and observe other surfers to see what kite size they are using on that day.

This generally happens when you bring a kite out to the water that is too small for the wind speed, thus making it impossible for you to ride the upwind. Your kite can end up dropping to the water, or you can drift toward an unsafe area.

This is also fairly common for new kiters, and in the worst case, you can end up in a zone downwind, with a strong current or rocks that can injure you. Like the previous hazard, this can be avoided by talking and observing other kitesurfers.

Getting Caught in Running Kite Lines

This happens when your kite is blown away while you’re setting it up, or when someone surfing upwind from you has lost control of their kite due to strong winds, with the lines still connected. This is pretty unlikely on teaching beaches.

The worst that can happen is you’ll have your face, body, or neck cut pretty badly by the lines. You can avoid this by trying not to stand downwind from other learners on days with strong winds, and look out for what’s happening upwind.

Failure When Launching or Landing

When this happens, your kite will usually end up going right into the power zone when you attempt to launch in winds faster than 30km an hour, or you aren’t able to lower your kite at the edge of the window when landing.

This is quite unlikely when surfing with modern kites since they generally have enough de-power to battle strong winds.

In the worst-case scenario, you could end up being lifted from the sea toward land, into a road, or even into a building. To prevent this, use a modern kite that has good de-power and try not to launch in bad weather.

Wiping Out in Waves

This hazard is caused by an attempt to take off on a large wave, where you lose the tension in your lines, your kite falls, a big set arrives, and you are wiped out, along with your kite. This is very likely for new kiters who try to ride big surf too soon.

You can end up getting tangled amongst your lines while the kite is being pulled by the waves, unable to release. You’ll need to pray that the waves rip through your kite, or you’ll likely drown.

To avoid this, stay away from larger surfs until you’re sure you have enough experience.

Hazards Caused By the Water and Weather

There are some hazards that Mother Nature throws at you when kitesurfing, that can be difficult to predict.

Caught in a Strong Gust

Strong wind gusts can constantly pull you off your board, causing your lines to go limp, which makes your kite likely to drop from the sky. This is quite common on windy beaches but otherwise isn’t that common.

In the worst-case scenario, you could end up being tossed into an obstacle, like rocks or a reef, and lose your board. Avoid this by staying off of your board when the wind is gusty, or learn to use a smaller kite.

Sometimes, you will accidentally move into an area with strong currents, like a riptide, and you’ll notice that you’re barely moving despite the wind being strong, or the current ends up pushing you toward your kite.

This is quite uncommon, especially if you know where the strong current zones are.

The worst case would be that you become caught in the current, and your kite drops to the water – you won’t be able to paddle out, and will have to call for help. Avoiding it is as simple as knowing where the strong current zones are.

Mother Nature is unpredictable. It’s not all that uncommon for the wind to suddenly disappear and cause your kite to drop, pick up to gale force speeds and lift you into the air. This is not that common, but it’s possible nonetheless.

In the worst case, the winds can become so strong that you are involuntarily lifted high into the air, at which point you will need to release, or the wind disappears completely and you’re stuck drifting in currents offshore.

Knowing the wind forecast and the area that you’re surfing in will help you avoid this, and you should not go further than you are able to swim.

Reading through this list might have scared you out of kitesurfing completely, especially if you were thinking of getting into the sport.

However, you should realize that these are so much more unlikely than the hazards that can happen in other action sports, like mountain climbing or motorcycling.

Avoiding these hazards is usually quite easy, and if you practice safe surfing habits, then you’ll have no trouble enjoying your kitesurfing experience. 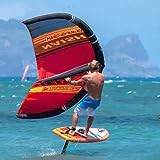 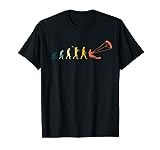